Until there is a cure for cancer, may we find inspiration in this little boy’s three simple words: 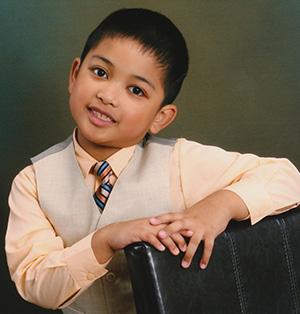 Joshua Nicolas Bembo is our little boy from Waldorf, Maryland. On Thanksgiving Day 2011, he had repeated bouts of seizures. An Emergency Room visit resulted in his first-ever MRI followed by a brain biopsy. The result became every parent's worst nightmare: he was diagnosed with gliomatosis cerebri, a rare primary brain tumor carrying a very poor prognosis. It was very unfortunate that the tumor had already affected 1/3 of his brain. Josh turned 8 years old a week after he was diagnosed and celebrated his birthday at the hospital.

The hospital would become a very familiar place for Joshua. Yet after every hospital visit, in every cycle of chemotherapy, countless medical check-ups, MRI's, brain surgeries, and throughout all the poking and prodding, his young age belied his incredible resilience. Cancer may have robbed him of strength, but certainly not of spirit.

A month before the anniversary of his diagnosis and few days after his eleventh cycle of chemotherapy, a new tumor was discovered. In just two months since the last MRI, the growth was alarmingly aggressive. It was a risky choice to have it removed, but a difficult decision had to be made, so on the 30th of October 2012 he underwent another surgery. 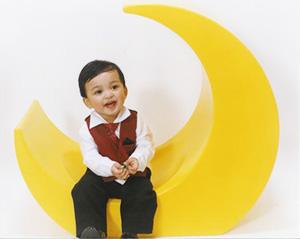 Recovery was very slow and painful for Josh and our family. He was unresponsive for a few days. As we watched our child in the ICU fighting for his life, we began to question whether we had made the right decision. Eventually Josh was able to give my hand a simple squeeze; it was a heartbreaking sign that he heard and understood me as he continued to fight for his life. I felt some sort of relief. I have not felt it in a while. And even if I have always acknowledged what reality may bring, at that point there was calm in my heart, temporary as it may have been, and fully knowing what lay ahead.

On March 1, 2013, our brave boy earned his angel wings. During his final moments, he was surrounded by family and friends whom he touched in many special ways throughout his short, yet very memorable, life. Joshua's life would seem too short to many, but those who knew him understand that the quality of life far exceeds the quantity of time in which one exists. He described himself as "CALM, FEARLESS, and BRAVE." He gave us all such courage and hope and reminded us of the preciousness of life. 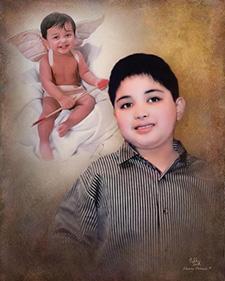 Joshua's valiant 15-month battle with cancer may have ended his young life, but he left behind a huge legacy of hope, as he donated his brain and spinal fluid to the Children's National Medical Center in Washington D.C. with a strong desire to help find the cure. Recently, his tissue was shared with the Weill Cornell Medical College to support their GC research effort. We all seek remedies, for the treatment that will beat cancer, and with his help and that of many others, we are hopeful that someday soon there will be an answer, there will be a cure.

Joshua brought us so much joy. He inspired us to be calm, to be fearless, to be brave. He encouraged us to be strong. And until the end, he kept his loved ones united — in prayer and in love.

His memory will always live on. In our hearts. In our memories.

Thank you Joshua for all that you are.

Rest in Peace my son.

We love you forever.
(Written by Joshua’s Mom, Vilma Bembo)

The Joshua Project: HOPE was created in loving memory of Joshua
and to support research efforts to find cures for Gliomatosis Cerebri.
Visit The Joshua Project for more of his story. Find out how you can help in this critical effort.
Giving Enroll in the Registry